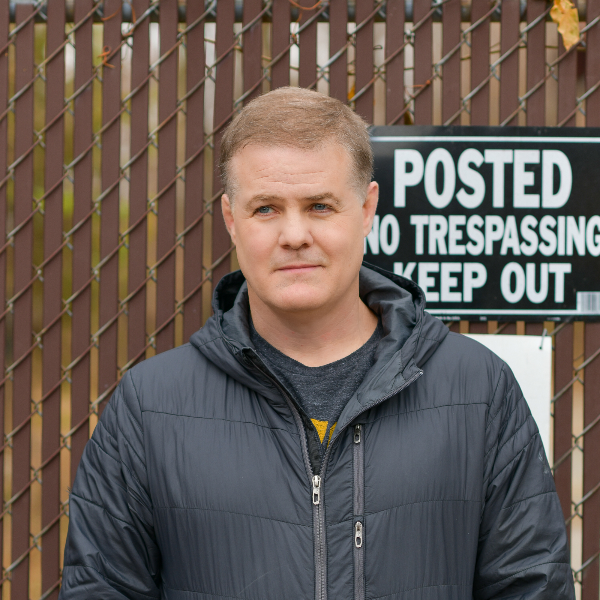 Greg will be filming his latest comedy special right here at Comedy Off Broadway. Come be part of the event! This time around he’ll be discussing peanut butter, Pringles, health insurance, bears and poison Ivy. Mostly peanut butter. Greg appeared recently on his own Amazon Prime Special, “Where The Field Corn Grows”. He has also been featured on Dry Bar Comedy, Late Night with Seth Meyers, The Late Late Show, Last Comic Standing, Comedy Central Presents, BET’s Coming to the Stage and Country Music Television. He is a favorite on the nationally syndicated Bob & Tom Radio Show.

TICKETS ARE NON-REFUNDABLE - ALL SALES ARE FINAL

Doors open 30 minutes prior to the show

All shows are 18 and up with ID

One Drink Minimum, Must be 21 with valid ID to purchase alcohol.

Greg Warren, most recently seen on “ Late Night with Seth Meyers”, "The Late Late Show on CBS" and “Last Comic Standing” " has built a strong fan base with an act inspired by his Midwestern upbringing. His CDs, “Fish Sandwich” (2017) "Running Out of Time" (Sept 2013) and "One Star Wonder" (June 2009) hit #1, #3 and #6 respectively on the iTunes Comedy charts. Self-deprecation, frustration and an arsenal of lifelike characters highlight Greg's colorful perspective.

Greg attracts a diverse audience, having performed on BET’s "Coming to the Stage", Country Music Television's "Comedy Stage" and Comedy Central’s “Comedy Central Presents”. He is a favorite on the nationally syndicated Bob & Tom radio show. He toured theaters across the country with The Bob & Tom All Stars Comedy Tour.

Greg hails from St. Louis, MO, where his father was a high school wrestling coach and his mother made him play clarinet in the band. He has captivated audiences with anecdotes about the conflict inherent in meshing the two disparate high school identities of varsity wrestler and band geek. Greg's "Flute Man" bit is a perfect encapsulation of the insecurities of high school and the ongoing quest to be cool, and is one of the most requested bits in the history of the Bob & Tom Radio Show. Greg was also a West Point Cadet, where he distinguished himself by amassing an impressive tally of demerits and endless hours of pointless marching. After moving on to the University of Missouri, he studied journalism and became an All-American college wrestler.

During college, Greg won a comedy contest and was invited to perform at Déja Vu, a local club in Columbia, MO. After a stint selling Jif and Pringles for Procter & Gamble, Greg made the decision to become a full-time comedian. This led to an invitation to Montreal's prestigious Just for Laughs Comedy Festival in 2002, where Greg performed as one of the featured New Faces of Comedy.

Excerpts from Greg’s act are played daily on Sirius/XM Comedy He appeared in the independent films “Punching Henry”(2016), “Marshall the Miracle Dog” (2015), and "23 Minutes to Sunrise" (2011). He is a founding member of the St. Louis Sketch Week Players.